The case for early engagement in traveller evictions

As usual for this time of year, we have seen an increase in the number of traveller eviction cases we are being instructed on, even though the levels are still lower than they were before the pandemic.

The main change that we have seen post-lockdowns is that clients are instructing us immediately after travellers arrive on their land.

In the majority of cases, the eviction is carried out under Common Law (Halsburys Laws of England). The landowner will appoint certificated enforcement agents who will serve an eviction notice giving the trespassers 24 hours to move from the site. If after 24 hours has passed, the trespassers haven’t moved on, then you may evict them.

The alternative option to Common Law is to obtain a writ of possession, although this will take longer as the application needs to be made to the court before the order for possession is made and the writ issued. A writ is more likely to be used in a larger and more complex eviction where resistance is expected, particularly when the landowner is a public body, such as a local authority.

By acting so promptly, what we are finding this summer is that the travellers have, in the majority of cases, already left by the time we return the day after serving notice.

The main advantage of our clients and us acting so quickly is that this is preventing further groups of travellers from turning up on the site and creating more mess and a larger presence.

On the golf course

A recent example is an instruction we received from a golf club. We received a call at 11:30 am that travellers had arrived the day before. We served notice at 2pm and returned the following morning to discover that our action had worked and the travellers had left early that morning.

Our client was delighted and said that our service was “brilliant”. 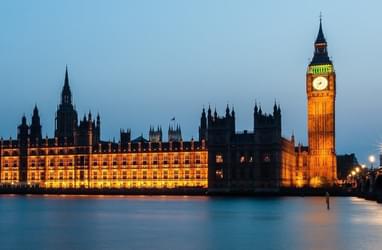